The innovations taking place at the intersection of fashion and technology are profoundly amazing and transformative. In many respects, the fashion industry today bears little resemblance to that of a decade ago—and will change even more in the decade ahead.

What it’s about: If you haven’t heard much about 3D printing, brace yourself: Imagine having a printer in your home or office that, instead of putting ink to paper, actually creates three-dimensional solid objects. Print a pair of shoes? A handbag? A dress? Yep: All of the above … and more. 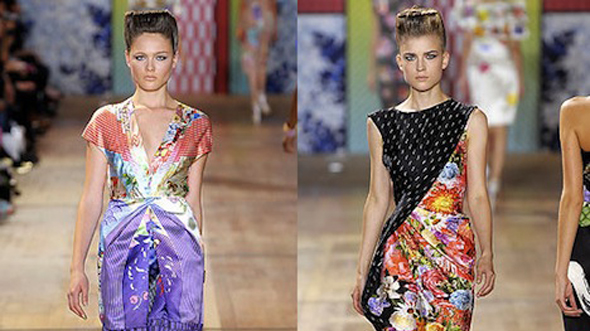 To understand how 3D printing will transform the fashion industry in the years ahead, compare and contrast life today with life before computers and smartphones and the internet. That’s the kind of transformative change that will be brought about by easily affordable 3D printing.

Why it matters: Think about designers in offices, apartments and garages developing accessory prototypes—or engaging in full-on production without any middleman whatsoever. Or imagine designers creating scale models of—well, of models wearing the designs they’ve created; how might those scale models be used to popularize and sell fashion? The possibilities are endless. The impacts will be enormous.

This technique has been used by designers like Mary Katrantzou, Alexander McQueen and Basso & Brooke.

Wearable Technology Blurs the Line Between Tech and Fashion 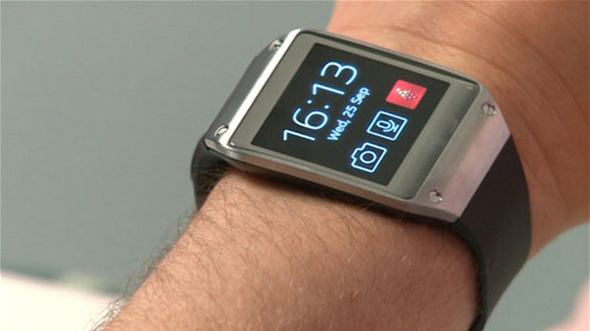 What it’s about: The most obvious examples of wearable technology today are Google Glass and a variety of smartwatches—but these are rudimentary first steps into the realm of wearable tech.

What happens, for example, when smart fabrics (you may already be aware of the San Francisco conference in April focusing on this trend) enable fashions to incorporate sensors that emit aromas or interact with the environment in different ways? Imagine fashions that alter their color or texture based on surrounding conditions of light, heat or sound.

Or, for another example, imagine fashions that seamlessly and invisibly incorporate biofeedback to support an individual’s health and wellness. Would you like some smartclothes to go with your smartwatch and smartphone? 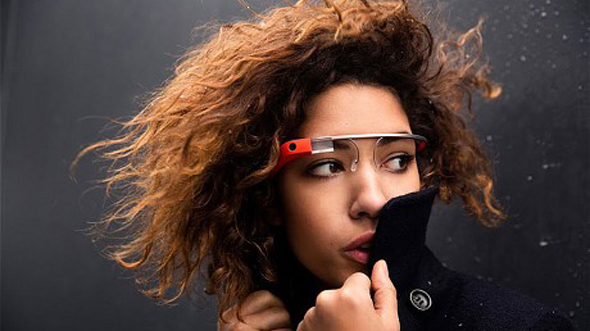 Google Glass, for example, has been designed around sci-fi aesthetics because Google wants the device to be viewed as futuristic, but Brown pointed out that a fashion designer might have approached the project very differently, perhaps tapping into the vintage style that has been popular over the past five years.
“The fundamental truth behind wearable technology is it has to look good or we just won’t wear it, we need a reason to put it on,” said Brown. At the moment we see it being pushed really hard by the big tech manufacturers, but a lot of the big clothing manufacturers and brands are also starting to show an interest. 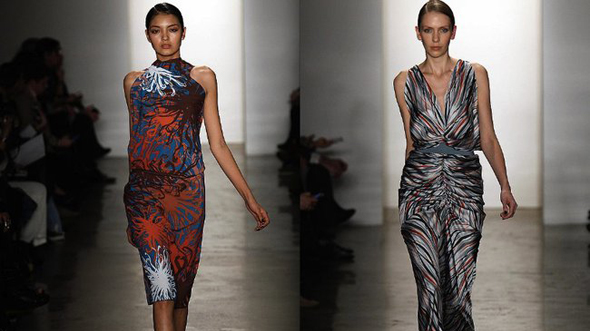 Developed in California by Colorep, AirDye works with proprietary dyes that are heat-transferred from paper to fabric in a one-step process. This can save between seven and 75 gallons of water in the dying of a pound of fabric, save energy, and produces no harmful by-products. The technology uses 85 percent less energy then traditional dying methods.

The technology has become a signature element for the fabulous designing duo, Costello Tagliapietra (AirDye pieces from Fall 2012 above) and Gretchen Jones, just to name a few.

Recycled synthetics, made with everything from plastic bags to beer bottles continue to make a splash. In much the same way that other materials and bamboo are transformed into thread, the upcycled synthetics are broken down into a fine particulate, melted, and extruded into fiber.

The I Am Not A Virgin jeans pictured above use a mix of 25 percent bottle fiber and 75 percent cotton, the resulting material is soft to the hand, yet is durable and performs as denim should. 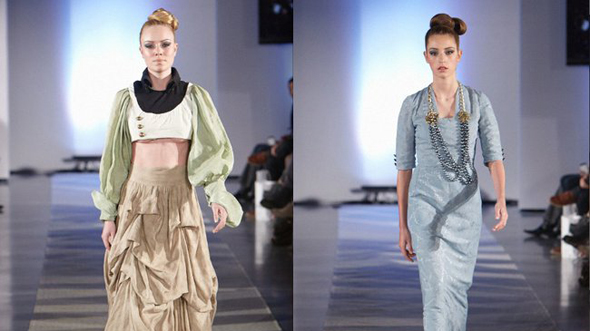 Sometimes the “latest” innovations are really some of the oldest. A number of smaller fashion lines are resorting to locally sourced materials and hand dying their garments to create stunning looks.

Among others following this trend are Eindhoven-based designers Renee Mennen & Stefanie van Keijsteren from the design firm rENs, who have hand-dyed a clothing collection comprised of a monochrome rainbow of reds.

Posted in : Fashion, Science and Technology 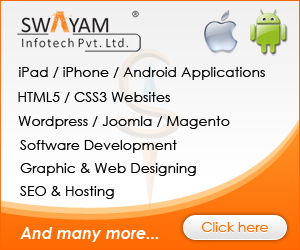