Diwali – The festival of lights

Diwali is a festival of Indian lights, which usually lasts for five days. Diwali is celebrated during the Hindu lunisolar month of Karthika. Diwali symbolizes the spiritual “victory of light over darkness, knowledge over ignorance” and good over evil. in Hinduism,  It is One of the most popular festivals. The festival is widely associated with Lakshmi, Goddess of Prosperity, the holiday is associated with Sita and Rama, Dhanvantari, Krishna, Yama, Yami, Vishnu, Durga, Kali or Vishwakarman along with many other regional traditions. Also, in some regions, the day of Lord Rama returning to his kingdom Ayodhya after defeating the demon-king Ravana is a day of celebration. 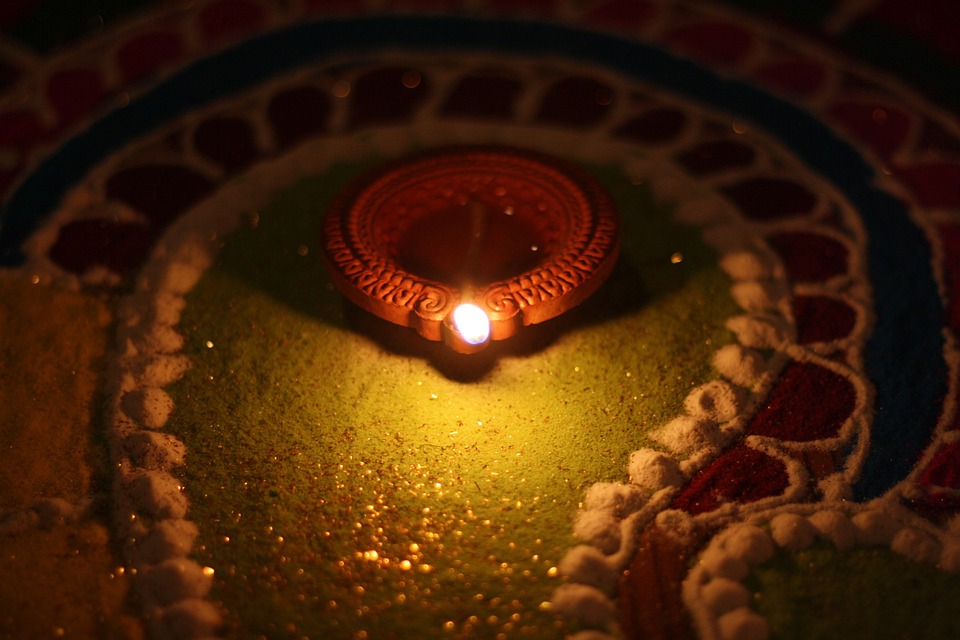 Celebrants will prepare their homes and workplaces through cleaning, renovation, and decoration with Diya and rangoli, In the lead up to Diwali. During Diwali people wear their best clothes, Decorate the interior and exterior of their home with Diya and Rangoli, worship Goddess Lakshmiji, Goddess of Prosperity and Wealth, perform fireworks and participate in family festivities, where sweets and gifts are shared with each other.  Diwali is also a major cultural occasion for the Hindu and Jain diaspora from the Indian subcontinent.

Dhanteras, which originates from Dhan, meaning wealth and Teras means thirteenth, is the black fortnight of Kartik and the thirteenth day of the beginning of Diwali. many Hindus clean their homes and business premises On this day. Near to goddess Lakshmi and Lord Ganesha’s Iconography, they install small earthen oil-filled lamps, which they light for the next five days.

Narak Chaturdashi is the second day of the festival with the fourteenth day of the second fortnight of the lunar month, it’s also known as Chhoti Diwali. The term “Naraka” means hell, and “Chaturdashi” means “fourteenth”, while “chhoti” means little.  The meaning of the day and its rituals is somehow reminiscent of the ways to liberate souls from their misery “hell”,  as well as spiritual bliss.

The mythological interpretation of this festival day is that Krishna destroyed the demon Narakasura, the victory that freed the 16,000 captive princesses kidnapped by Narakasura.

It’s the last day of the black fortnight of the lunar month or called Amavasya. The third day is the height of the festival. on this day, Hindu, Jain, and Sikh temples and houses are filled with lights, making it a “festival of lights“. The word Deepavali comes from the Sanskrit word deep, which means Indian lantern or lamp.

It is the first day of the bright fortnight of the lunisolar calendar, after Diwali. It is locally called Annakut, Padwa, Govardhan Puja, Balipratipada, Balipadyami, Kartik Shukla Pratipada, and other names. the day is associated with the story of the defeat of Bali at the hands of Vishnu, According to one tradition.

The last day of the festival is called Bhai Dooj, Bhaubeej, Bhai Tilak, or Bhai Phonta.  On this day the brother goes to her sister’s house to meet her and her family and this festival is also celebrated with the same spirit as Rakshabandhan.